AgraScout brings the power of tracking pest migrations to the fingertips of retailers with its new Trav View feature.

Trav View aggregates all the pest information in the AgraScout system onto one map. Users can view specific pest proliferation by either the number of days since that pest was found or by that pest’s recorded densities.

“Our customers understand the value of scouting, we wanted to help them capitalize on it.”

“You can sit in the office and watch a plant disease like Common Corn Rust move North throughout the U.S.” Brandon Warner, Director of Sales and Marketing said. “Or you can see an insect like Potato Leafhopper arrive in your area and watch as its population grows till it reaches economic threshold.” 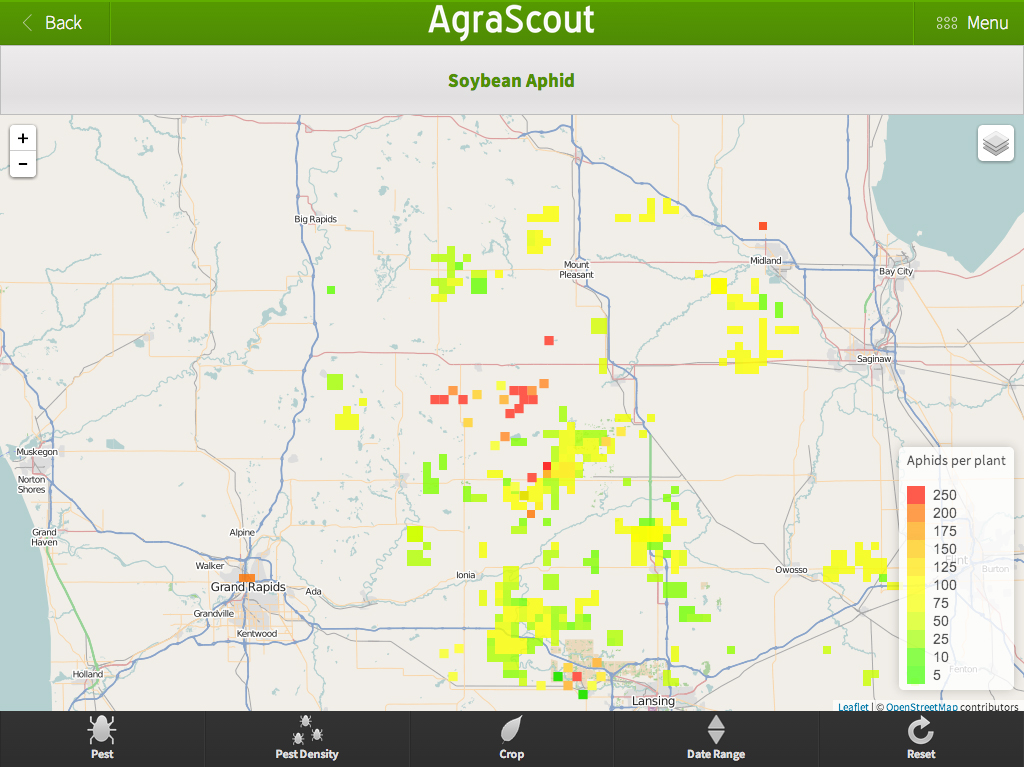 To accompany Trav View, the AgraScout team also built a Recent Activity feature, which catalogues all the disease, insects, and weeds found by an organization, allowing users to see a stream of the very latest field findings as they’re reported.

“Our customers understand the value of scouting, we wanted to help them capitalize on it” Warner said.

The Recent Activity and Trav View features were not only designed to help scouts understand what to look for, but they can also help management allocate product and move equipment as pest breakouts occur.

“A customer of ours, the President of a large retailer in the Midwest, was attending a conference last year and someone mentioned Armyworm hadn’t been a problem in wheat” Warner said. “This AgraScout user raised his hand and said, ‘I’ve sprayed 10,000 acres, and we’re just getting started.’ He was sitting in the conference, monitoring incoming scouting reports with his email and buying additional product from a supplier at the same time.”

Besides bringing increased pest intelligence to users; eventually, AgraScout aims to capitalize on pest data the same way soil, weather, and yield data are sought after.

“Everyone wants to create a story to tell their customers,” Warner said. “However, soil, weather, and yield data are only part of the story. If a customer was reluctant to spray last year for a pest we found with AgraScout, now we can go back and say, ‘you know, you waited a week to spray and look at how it hurt yield.’”

AgraScout is a mobile crop scouting application designed for retailers that enables seamless, simultaneous communication between scouts, agronomists, and growers. Neucadia, the team of agronomists, systems analysts, and crop scouts behind AgraScout understood both the importance of scouting and the difficulty in passing on timely information found in the field. Neucadia built AgraScout because they wanted an easier, quicker way to communicate field information. AgraScout was designed to close the gap between what the scout sees and what the grower knows so whatever your role, you can make intelligent decisions about your business.